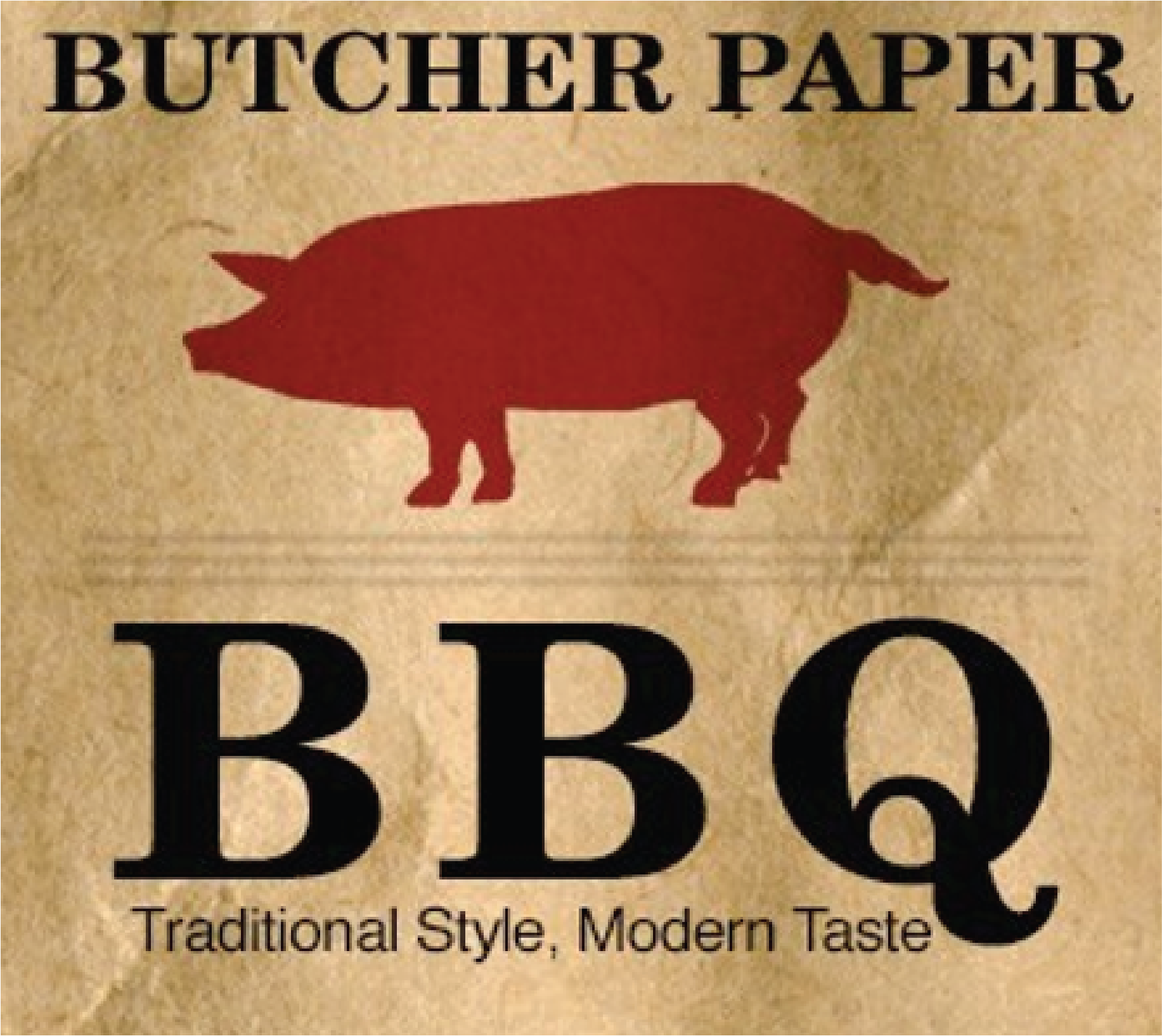 Visit our Facebook page for directions, and exclusive offers!

GIVE US A CALLVIEW OUR MENU

Butcher Paper BBQ began in 2015 with a passion for traditional wood smoked BBQ and a borrowed smoker. Owner Mark Coxwell would spend his free time perfecting his rubs, sauces, and techniques cooking for friends and events around his hometown of Opelika, AL.  Soon after, he began working on building his own smoker out of propane tanks. With materials gathered, and basic tools, he built his first smoker (named Riker) during the summer of 2016. With continued exposure to the local community at concerts and events, Butcher Paper expanded to a mobile food unit (a trailer built by Mark as well) in 2017. By January 2018, Butcher Paper was beginning to make a name for itself not only in the food truck scene, but also in the local BBQ scene, and plans were made to open a brick and mortar restaurant.

Butcher Paper BBQ opened on September 7, 2018, at 128 Columbus Parkway in Opelika, AL. Featuring brisket, pulled pork, ribs, chicken, and all homemade sides including their smoked mac and cheese, Butcher Paper continues to grow in its popularity and offerings. We offer both dine-in and takeout as well as delivery through the Waitr app. We also offer catering for any size group or event, and you can even have us bring the trailer out to your event!

A second smoker (named LaForge) was finished in the spring of 2019, allowing us to expand our capacity even further. We are now open 7am-8pm Monday thru Saturday. We can be reached at 334-748-9008 with any questions, or to place an order to pick up. For catering inquiries, we can be reached at catering@butcherpaperbbq.com, and questions regarding the trailer can be directed to contact@butcherpaperbbq.com.

TO ORDER CALL 334-748-9008 OR EMAIL BUTCHERPAPERCATERING@GMAIL.COM
ALL GAME DAY ORDERS MUST BE PLACED BY 8 PM WEDNESDAY

We offer many different levels of catering from small lunches to large events and weddings. If you would like more information regarding catering, please fill out this form, and we will be in touch with you as soon as possible to help develop a quote for your event.

All large catering events (75 or more) require a minimum of one month notice and will require a deposit to secure the date.

Thank you! Your submission has been received!
Oops! Something went wrong while submitting the form.

Built in 2017, the Butcher Paper trailer was an iconic lunch stop for BBQ fans in Opelika & Auburn.  We would park her next to a busy intersection and start selling our BBQ and sides.  It was fun but we quickly outgrew it and needed to build a stand alone spot.
‍
The trailer is still available to be booked for events in the area. Please contact us if you are interested in booking the trailer for your event, and we will get back with you.

Thank you! Your submission has been received!
Oops! Something went wrong while submitting the form.